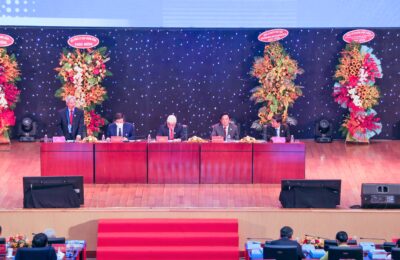 The conference was held under the theme “The traditional inheritance of Binh Duong, in a quarter of a century – the achievements and prospects”. At this conference, many in-depth discussions on topics such as economy, society, culture, national defense, diplomacy, and security were also discussed.

Provincial Committee attended the conference, and it was a comprehensive event with an exhibition (CONFEX) and field trips on the development achievements and prospects in the socio-economic development, industrialization, civilization, welcoming the era of 4.0, and making up the driving force for the future development in the period of 2021-2025.

The success of the Scientific Conference of Binh Duong province in 2022 has proved efforts and gradually affirmed the position of WTC BDNC in the MICE industry, which not only implements facilities management but also professional event operation.

Let’s join WTC Binh Duong in congratulating the conference on a successful event.